Sixto Diaz Rodriguez is a Mexican-American folk musician, born on July 10, 1942 in Detroit, Michigan.  In most of his songs he takes a political stance on the cruelties facing the inner city poor.

In 1976 he released the single entitled “I’ll Slip Away” through the small record label Impact. He did not produce anything for another three years until he was signed with Sussex Records. Rodriguez recorded two albums with Sussex- Cold Fact in 1970, and Coming from Reality in 1971. But after mixed reviews and low album sales he was dropped from the label, which later folded in 1975. 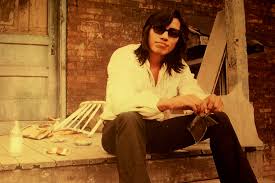 Sixto registered and ran for city council in Detroit. The county spelled his name wrong on the ballot.

After failing to make an impact in North America, he gave up his career as a musician. However, although he was relatively unknown in his home country, by the mid-’70s his albums were starting to gain airplay in South Africa, New Zealand and Australia.

After imported copies of his Sussex albums ran dry, an Australian record label, Blue Goose Music, bought the Australian rights to his back catalogue in the mid-’70s. The label released his two studio albums plus a compilation album “At His Best” (featuring unreleased recordings from 1976 “Can’t Get Away”, “I’ll Slip Away, and “Street Boy”). Unbeknownst to Rodriguez, it went platinum in South Africa, where he achieved cult status. South Africa at one stage was the major disk-press interest supplying his music to the rest of the world. 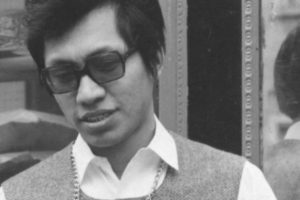 With a new buzz around Rodriguez, in 1979 he toured Australia with the Mark Gillespie Band as support. Two shows from the tour were later released on the Australian-only album Alive—the title being a play on the rumours caused by his public obscurity that he had died years ago. After the ’79 tour, he returned to Australia for a final tour in 1981 with Midnight Oil before quietly slipping back into normal life, gaining a degree in philosophy while working as a demolition man. He earned a bachelor of arts in philosophy from Wayne State University’s Monteith College in 1981.

In 1991, both of his albums were released on CD in South Africa for the first time. His fame in South Africa was completely unknown to him, until 1998 when his eldest daughter came across the website dedicated to him. In 1998, he played his first South African tour, playing six concerts in front of thousands of fans. A documentary about the tour “Dead Men Don’t Tour: Rodriguez in South Africa 1998” was screened on SABC TV in 2001. Later he played Sweden before returning to South Africa in 2001 and 2005. 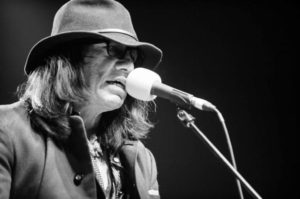 Rodriguez’s albums Cold Fact and Coming from Reality were re-released by Light in the Attic Records in 2009.

Rodriguez appeared as a musical guest on the Late Show With David Letterman on August 14, 2012. Also in mid-August 2012, CNN aired a feature story with interview of Rodriguez discussing his life and career resurgence.

Sixto Diaz Rodriguez (also known as Rodríguez or as Jesús Rodríguez; born July 10, 1942) is an American folk musician based in Detroit, Michigan. His career initially proved short lived, with two little-sold albums in the early 1970s and some brief touring in Australia. Unbeknownst to him, however, his work became extremely successful and influential in South Africa, although he was mistakenly rumored in that country to have committed suicide.

In the 1990s, determined South African fans managed to seek out and contact him, which led to an unexpected revival of his musical career. Their story is told in the 2012 Academy Award–winning documentary film, Searching for Sugar Man, which has also helped give Rodriguez a measure of fame in his native country.

On May 9, 2013, Rodriguez received an honorary doctorate, a Doctor of Humane Letters degree, from his alma mater, Wayne State University (WSU) in Detroit, Michigan. 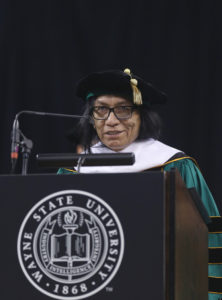 1) If you would like to contact Rodriguez’s management with regards to
booking Rodriguez for live concerts or other appearances, please email:

2) If you would like to contact Rodriguez’s management with any requests
regarding press, media, advertising, articles, or interviews please email:

3) If you would like to contact Rodriguez personally, or send him a (private)
message, or request autographs, or info, please email:

What Does BTS Stand For?